Why are we doing a Satisfyer Deluxe Review? As I was ordering up a toy for myself from SheVibe, I decided that I shouldn’t leave Vivian high and dry on the new toy experience, so I did a little searching and came across Clit Stimulators also known as Pressure Wave Stimulators. These little guys use air pressure waves in a small chamber to stimulate the clitoris. The user places the stimulator over the clit and with a good seal gets stimulation. They have multiple speeds to adjust the pressure intensity and speed. From my reading, they were a pretty sure fire way to an orgasm and did not take much to master. Also, Vivian loves when I eat her pussy and pay a lot of attention to her clit, especially with light sucking.

So I browsed the category in SheVibe and found the Satisfyer Deluxe Rechargeable Waterproof Pressure Wave Stimulator. It was small, cute, and appropriately priced to try a new category.

First impressions from Vivian was that the Satisfyer Deluxe Rechargeable Waterproof Pressure Wave Stimulator was cute and sleek. It was something she had not seen before with that little round hole in the front. The hole is surrounded by a silicone seal that can be easily removed for cleaning.

Taking it for a Spin:

Vivian first got familiar with the controls. There is a long press needed to fire it up, then there are two buttons that control the speed/intensity up or down. It is not the quietest toy, given it’s size, but it shouldn’t wake the neighbors. Vivian decided that she needed a little lube to help with the seal and the ease of movement over her clit. She grabbed a little Sliquid lube and wet her clit with it. It took a little searching to find the right position, but when you do, you know it. Once on the button, Vivian played with the intensity. The waves of good feelings washed over her, but she could not reach orgasm with the toy by itself.

In short, it was a great toy for foreplay and for supplementing sex. The solo orgasm was not achieved, but we only gave it one go. For a fair shot, she should do a solo run.

Vivian plans to give it a try solo and we will update this review when she does.

Our elegant Deluxe not only features a seductive design and intuitive operation; Its revolutionary Air-Pulse Technology truly spoils the ladies with contactless clitoral stimulation and fits snugly in your hand for easy access to endless bliss.

The Satisfyer Deluxe comes in elegant and tasteful rose gold. This clit-sucker stimulates your clitoris and looks elegant at the same time. With its soft silicone attachment, it gently surrounds your pearl, stimulating you with breathtaking, contactless pressure waves that will send hot shivers of excitement through your body.

What else do I need to know about the Satisfyer Deluxe?

The Joque™ is the first and the original harness from SpareParts HardWear™. Beautifully hand crafted using high quality materials which has been created to last. This sexy and stylish harness is a jockey two strap 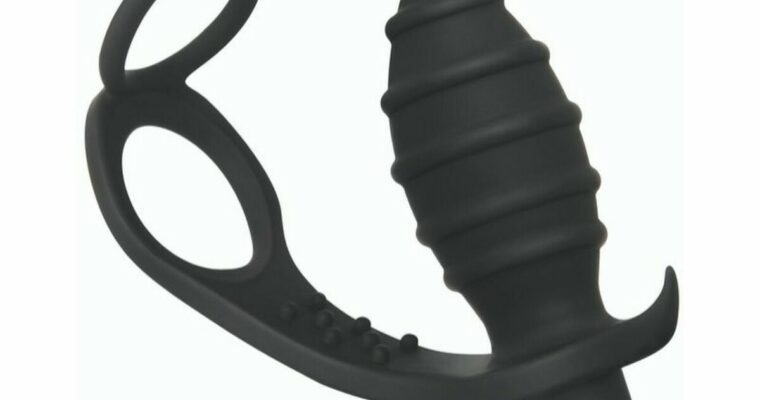