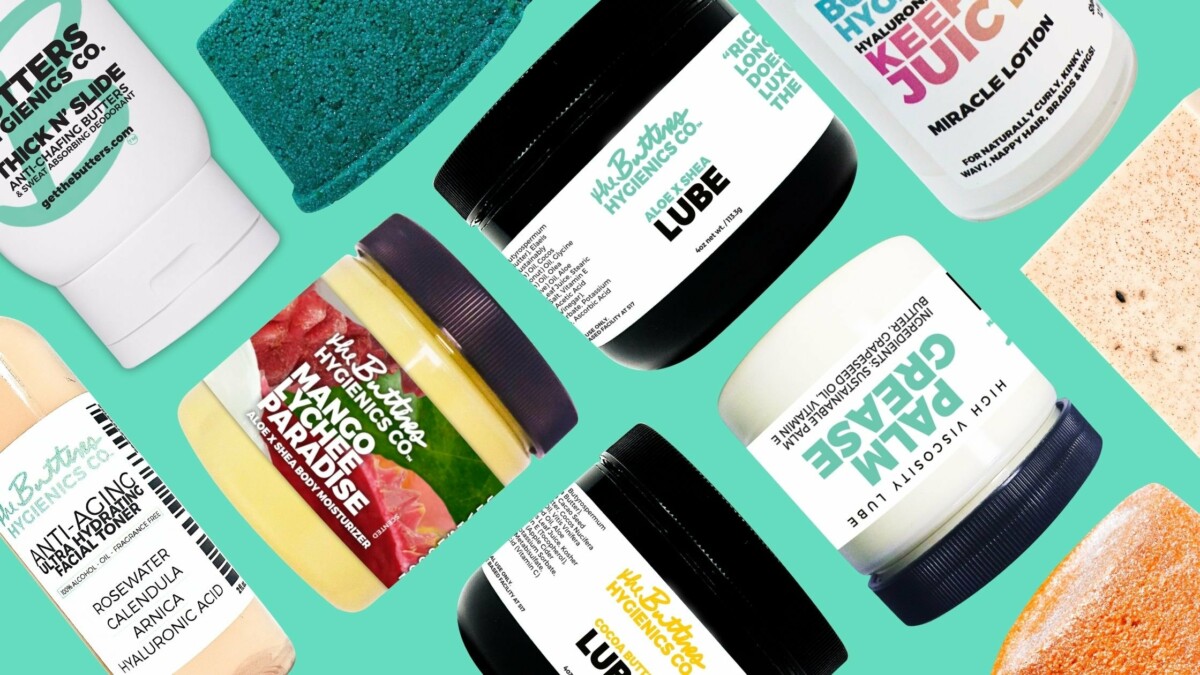 This Butters Lube Review is the result of a further search beyond the favorite Sliquid Sassy Lube. Sliquid Sassy is great but, being water based, it can be thin for certain applications or dry out too quickly. As you explore larger toys and even fingers/hands/fists into your ass, you will find that water based lubes might not go the full distance you need.

In my search I came across The Butters, but I never really pushed it to the limits. I tried it and since it contained a blend of oils, I was not immediately a fan of the cleanup. But then I tried it some more, and some more, and I really became a fan. It soon became an addition to my nightstand drawer, right next to the Sliquid Sassy.

The Butters Hygenics Co makes great natural products that are actually very affordable. The products are 100% Vegan and the company was started by a Queer dude, so he probably knows a thing or two about butt play. All products are made in the U.S., so you can have greater confidence in the ingredient claims being true.

Now, admittedly, their site is a bit overwhelming, and when I was first looking for the Original Lube I got a little lost. But this link is to the “The Butters: Lube,” also known as the Original. The 4oz size is a good one that lasts, but you can also get as small as a half oz so you can try it out, or get a full 8oz jar.

At room temperature it is a cream, but it quickly melts with body warmth and coats whatever you want it to. On to the experience!

Experiences with The Butters Hygenics

As I stated, when I was testing lubes before I tested the Butters a few times, but clearly didn’t give it the full run for its money due to my aversion to cleaning up anything other than water based lube.

Then one day I was playing with my Tantus Fido toy and the Sliquid Sassy just wasn’t doing the trick. The Fido has a little bit of texture to it, it is almost like a matte finish and not completely smooth. As a result, that provides added friction that the Sassy lube couldn’t fully overcome. I decided to try out the Butters. First thing was to clean off the lube from the Fido, then quickly clean myself up a bit to have a fresh start. Then I gave a nice coating of Butters to the Fido and rubbed a little Butters around my ass. I pushed in the Fido and all of a sudden the ribs on the Fido felt even better. I pushed against the knot against my hole. This time I did not feel the friction, I only felt the stretch of my hole. I could focus on the stretch pain (which was also pleasure) and not the friction pain (which was mostly just pain). It massively increased my enjoyment of the Fido toy. I pushed and pushed and finally the knot slipped in, with a gasp of air and a wave of pleasure/pain. Once I had my breath back I pulled back out slowly to stretch my ass on the largest part of the knot and then pushed and pulled back and forth. I was so horny. The Fido is nice, but it really doesn’t take you over the edge, so I quickly grabbed my favorite Tantus toy, the General. I slathered some Butters on it and, now that my hole was nice and loose, I quickly shove it all the way into my ass. The desired to have it deep took over and placed it on the side of the tub and just sat on it, enjoying the pressure and fullness I felt. I then stood up and bent over and proceeded to fuck myself with the General, making sure I hit my prostate each time. My cock began spurting out cum from my all the intense prostate pleasure. The entire time the Butters was just there, keeping everything slick, smooth, and silky. It felt so good as a lube, finally I sat back down on the General and began to ride it fucking myself as I jerked off to orgasm. Cum shot all over the tile floor, I wanted to collapse with pleasure and release. When I finally regained my composure, I hopped in the shower and cleaned up. I realized that the Dr Bronners Castille Soap I kept in my shower cleaned up the Butters very quickly and easily. Just a few drops of Dr Bronners cleaned it right up. I followed up with a little moisturizing soap and was done. Only a few moments longer than when I use a water based lube. I was sold!

A few nights later Vivian decided she wanted to fuck me with one of my new toys, the Nick Capra – Original size from Mr Hankey Toys. Now for those of you unfamiliar, this is not exactly a small dildo. The Original is 8.5″ long, and 5.9″ in circumference at the head. Not to bad right? Well, this cock gets fat about half way down. So you pop it in and feel like it is no problem, but then as it goes in deeper, you quickly realize that it grows to 7.2″ in circumference by the middle (or about 2.3″ diameter)! Vivian strapped this baby on and reached for the Sliquid. I quickly told her to grab the Butters instead. She dipped her hand into the Butters and rubbed some all over my ass and then loosened me up with her fingers. Once I was ready to go, she popped Nick Capra into my ass. The cock went in pretty easily at first, then it grew wide very quickly. Just as I did with the Fido, I felt the wonderful silk smoothness of the Butters letting the toy slide into my ass and was able to just focus on the stretch that it assaulted on my ass. It felt so good! After a slow push, she finally bottomed out and I felt the balls of the Nick Capra toy hit my ass. Vivian took the cue that I was ready for more and started to fuck me, bottoming out each time. The toy felt so good in my ass with the lube never tiring or needing reapplication. It just slid in and out of my ass, over and over, filling me up each time shoved in and then leaving a void that needed to be filled when she pulled out. I was in heaven. The combination of the Nick Capra dildo strapped on my beautiful Vivian, her sexy stare that says she loves to fuck me, and the Butters keeping everything slick and smooth was insane.

I thought I was sold before, but now the Butters has a permanent place in the nightstand and I always have a spare jar on hand to ensure we never run out. Sliquid still has a home and gets used often, but Butters is really where it is at if you go large. I can’t wait to go larger again and have Viv use this on her whole hand inside of me.

Not compatible with latex,